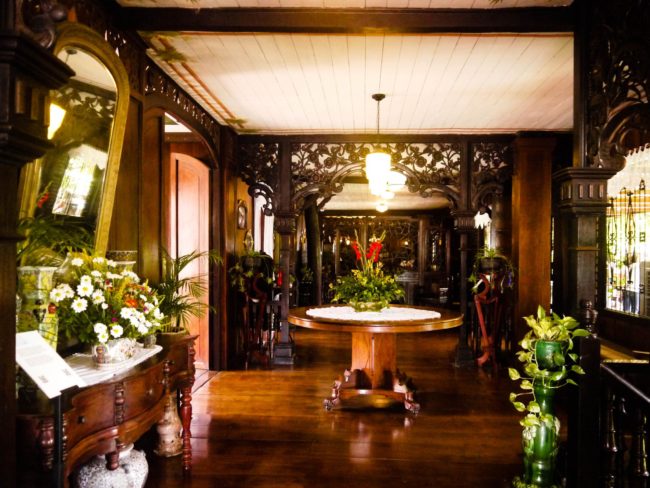 Cebu City is considered to be the most historic and the oldest city in the Philippines. It is rich not only in nature, but also rich in history. The history that made Cebu a better place for everyone. It’s no wonder why this island in the Central Visayas Region is called as the Queen City of the South.

Located at the heart of Cebu City, is a house, presently called as “Casa Gorordo” that was built in the 1850s and originally owned by Alejandro Reynes y Rosales. The house was then bought by a merchant from Vizcaya in Spain named Isidro Gorordo, and four generations of the Gorordo family have lived in this house, and this includes the first Filipino bishop of Cebu named Juan Gorordo. That is where the present name came from.

Base on the history I have learned, Casa Gorordo majestically serves as a definite illustration of the Spanish colonial era house locally known as “Balay nga Tisa” or in English, “House with tiled roof”. This Cebu Casa Gorordo Museum is also made of coral stone blocks, and molave hardwood flooring.

The unique architectural design of Casa Gorordo Museum, combines both native Spanish and Chinese influences which entices hundreds of tourists who visit in the city. You can also see variety of century-old paintings that are mounted and displayed inside the said museum. Also, the blending of the cultures from east and west is referred to “mestizo” that defines the character and identity of Filipinos.

Inside of Casa Gorordo Museum Cebu are the artifact collections that reflects the Cebuanos’ lifestyle from the late 1800s until the pre-World War II era. Also, there are Casa Gorordo Museum merchandise that are not available and cannot be found from any stores around the city.

Antique materials can also be found inside the Casa Gorordo Museum such as the period’s furniture, costumes, religious images, wood carvings, decorative and household items, tools for farming, and kitchen tools and utensils. Contemporary arts could also be found in the gallery located at the ground floor of the house.

Included in the displays that could be found inside the Casa Gorordo Museum are the agricultural equipment that shows the evolution of farming culture in Cebu during the Spanish period.

In the ground floor of the house is designated as the waiting room for guests and the furniture here is made of bamboo. The basement of the house is considered to be the food storage.

With the help of South Shore Cebu Travel and Tours, looking back the past and the history of Cebu will never be impossible as they make sure that every tourist who wants to know more about Cebu will be fall in love to this place.

Casa Gorordo Museum of Cebu is where every Cebuano’s heart belongs. This place reflects of who and what they are. As Cebu preserves its history and culture, the memoir of the past will forever be written within them.